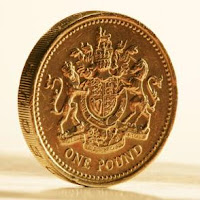 BRIAN WILSON CALLS ON THE EXECUTIVE TO FOLLOW THE EXAMPLE OF THE SCOTTISH EXECUTIVE AND DEFER THE PROPOSED CUTS UNTIL THE NEXT FINANCIAL YEAR.

“In the light of today’s jobless figures which show that unlike the rest of the UK unemployment continues to rise, the Executive must follow the example of Scotland and defer the cuts until the next financial year.”

“It is clear from today’s figures show that we have not yet emerged from the recession. We are the only part of the UK where unemployment is still rising. Our economy is still fragile and we should do nothing to damage our recovery.”

“To introduce further cuts at the present time is likely to lead us from a recession into a depression. The cuts should be deferred until we have fully emerged from the recession.”