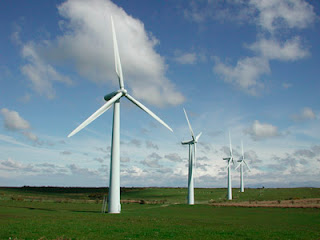 We argued that on the basis of the experience of these countries we could create 5 million “green collar” jobs through the European Union.

Since then Harland and Wolff has expanded its involvement in the green economy and I congratulate the company on the recent announcements of a £10million contract to construct 30 huge wind turbines and the multimillion pound contract to design and build 2 platforms for an offshore wind development. These will provide much needed new jobs.

Harland and Wolff has been one of the few good news stories during this recession and is clearly due to their foresight in entering the ever expanding green economy as well as their expertise and their facilities which are unique.

This is an example of the Green New Deal in action. It is not enough to say that we are focussing on the economy; we must go further and focus our energy and investment on the new technologies which are required to help us move to a low carbon economy which is not reliant on imported fossil fuels but is based instead on sustainable forms of energy, transport and food production. A success story like this should not be an isolated incident – it must become a common occurrence.

With fossil fuels running out and our natural resources of wind and wave, Northern Ireland could become a world leader in green energy.