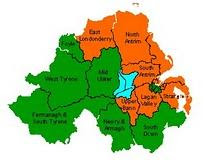 IT IS UNDEMOCRATIC CREATES SECOND CLASS MLA’S AND REINFORCES SECTARIANISM

Brian Wilson MLA has written to the Secretary of State calling for a review the requirement of MLA’s to designate either unionist or nationalist.

The requirement to designate can no longer be justified as it is undemocratic, creates second class MLA’s and reinforces the sectarian nature of NI politics.

Brian states; “The present situation where MLA’s have to designate as either unionist or nationalist can have no place in a modern democratic system. The MLA’s who decline to designate “the others” are in fact treated as second class MLA’s and denied a say in many important decisions.

“Issues such as the appointment of Ministers, setting the budget, and petitions of concern all require cross community support as determined by MLA’S designation. “The others” may vote on such issues but their vote is immaterial as it cannot influence the decision.”

“Therefore not only am I denied a say in issues such as the budget but those who voted for me are also denied a say. To disenfranchise voters because they did not vote for candidates with either a unionist or nationalist identity is totally unacceptable in any democracy. At a time when political parties are frequently calling for equality I have yet to hear any party calling for equal rights for MLAs.”

One response to “End Designation”